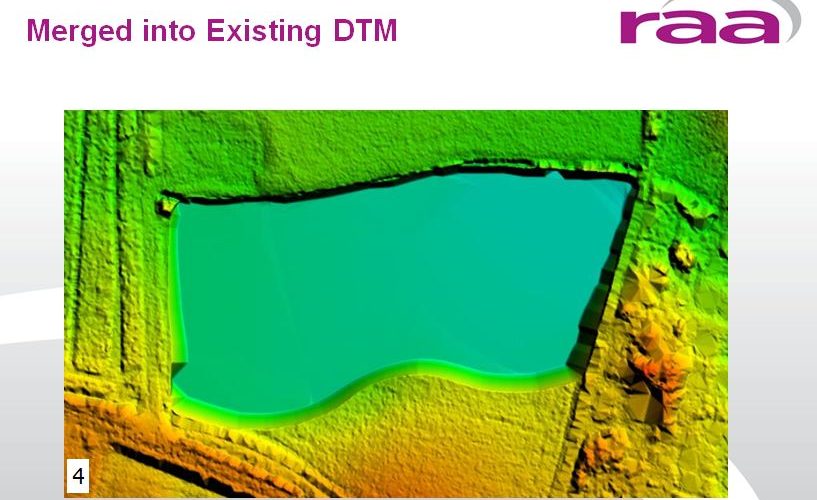 Presented by Rachael Albrighton at the CIWEM Urban Drainage Group Conference this paper looks specifically at advances that have been made in hydraulic modelling techniques. 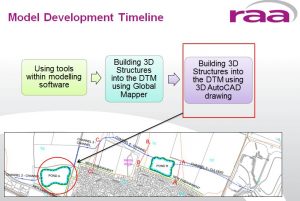 The CIWEM Urban Drainage Group autumn conference brings all the latest techniques and advances in the drainage industry together. Modelling 3D structures such as ponds, swales, channels and embankments is a relatively new advancement in the industry.

These structures can be represented within modelling software such as  in InfoWorks ICM in a number of different ways such as using features within ICM such as storage nodes, mesh zones river reaches and porous walls, or by adding the 3D structures directly into the DTM.

During the detailed design stage, there is a need to assess the modelling approach used due to the various design stipulations that are often required to be met.

This paper examines how this issue was overcome during the flood alleviation scheme that was designed for Filey, where a scheme was required in order to deal with pluvial runoff from surrounding areas.

Having a DTM that accurately represents the final scheme within the available space is far easier to visualise for both the stakeholders and the general public. With the current drive towards using BIM, working in partnership and the inherent visual nature of modelling, it seems logical that the next step in modelling is to directly detail design schemes by adding them directly into the DTM.