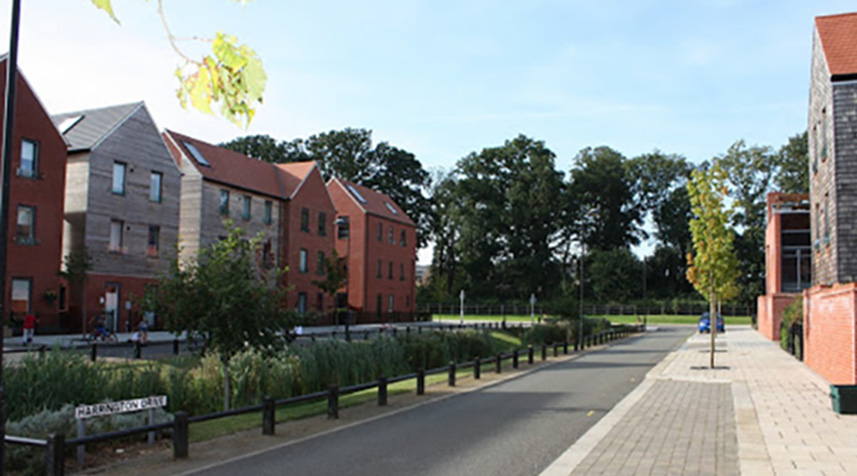 Following the ministerial statement[1] in December 2014 progress for SuDS is seemingly now even less clear and appears even more difficult to deliver. Prior to the statement, Local Lead Flood Authorities (LLFAs) were gearing up for implementation of Schedule 3 of the Flood & Water Management Act but this has now changed. It is now the Local Planning Authorities (LPAs) which are in the driving seat for delivering SuDS via the National Planning Policy Framework (NPPF). Meanwhile the LLFAs are likely to become statutory consulting bodies and the SuDS Approval bodies (namely SABs) appear to have disappeared altogether.

So what does this all mean for the future of SuDS?

Aside from these changes in procedure there is an need to overcome a number of other barriers, for instance it has been commonly assumed that developments that incorporate SuDS features will necessarily be expensive and that this was possibly the main hurdle to implementation. Cost is always a consideration but it shouldn’t be the only consideration. Is it always the case that if something is a good idea it must be expensive? The perception is that not only might SuDS be more expensive to implement but that there is also an ongoing operation and maintenance cost which must be considered.

These concerns are one reason for a lack of development; there are schemes that remain on the drawing board because cost concerns are inhibiting their progress. RAA Ltd has worked on schemes modelling the impact of both traditional and SuDS led alternatives to show the benefits, yet moving towards implementation still faces resistance; indeed the recent ministerial statement has only added to this situation. Cost must be considered across the wider picture. For example, by taking a moment to ensure proper consideration of groundwater conditions at design stage, time and money could be saved later by preventing flooding issues post implementation, the message needs to be conveyed that such considerations need not be expensive or onerous.

So if the reality is that cost is not necessarily an issue the barriers must lie elsewhere. The way forward so that we yield the environmental benefits without necessarily incurring incremental cost is not only to design features and schemes which meet both green and economic requirements but perhaps most importantly that we develop an education process that grows the understanding of what SuDS actually are and what benefits they can deliver nationally. One way of developing this process has been through the Susdrain Community. RAA fully support the work of Susdrain and are a main partner in the Community. You can find the latest information from them here. There are therefore a good number of proponents for SuDS but the real issue has been one of lobbying and a government which has backed down where progress could have been made. 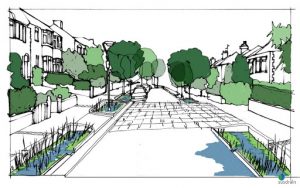 Indeed Susdrain and other sources ensure that there is a wealth of readily available and often free literature and data, but at present this needs to be linked with a greater commitment to thinking differently. Sustainable schemes do need a little extra input to think in another way at the start, especially as a failure to do so means paying the penalty later for ‘unsustainable’ drainage design. Having to mitigate and retrofit SuDS is an almost insurmountable challenge and a much greater cost after a flood incident than getting it right first time.

Notwithstanding a lack of governmental support and legislative impetus, it remains the case that it is taking too much time for developers to come around to the idea that SuDS can be cheaper and even add value to developments. There is a need for a stronger public or community push factor from outside the industry, making a wider education of the general public vital; this is something that has arguably just not happened in the UK. Countries where sustainable schemes have been introduced successfully have a community understanding, the public know why they are needed and consequently there is a demand for them.

In the UK, outside of the industry there is little or no understanding of the term SuDS and possibly this is an issue in itself. To educate the general public there needs to be a term they can understand and relate to, possibly the more commonly used term in the US, green infrastructure or building with nature. What is likely to be more readily understood by a home owner SuDS or building with nature?

Furthermore by aligning with the wider green infrastructure movement that ‘building with nature’ implies, there may be more chance to move sustainable design towards being the norm. This is equally true for the development of community pressure as well as garnering governmental support.

The aim should be for all systems to be inherently sustainable without the need for it to be categorised separately. Ultimately it should be the way urban drainage design is done and not an exception. Cost is not the real barrier but educating communities to create a public demand for sustainable schemes and thus winning governmental concern, most definitely is.

Richard Allitt Associates is one of 29 organisations including Defra, the Environment Agency and other key industry players involved in Susdarain and provides specialist help with flood risk assessments and the development of SuDS.  Contact us if you would like to find out more on 01444 401840