Home > Sustainable Drainage Systems – Where are we now? 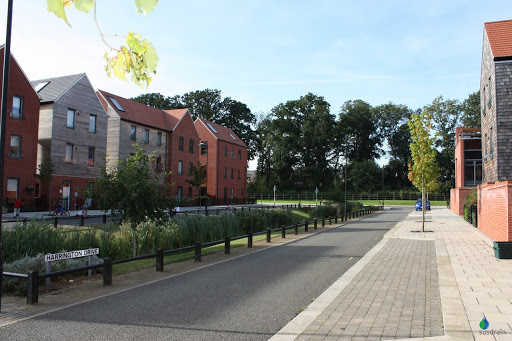 Sustainable Drainage Systems – Where are we now?

SuDS are designed to replicate as closely as possible the natural drainage from a site before development. It is accepted that apart from reducing the potential impact of flooding SuDS also offer many more benefits including impact upon water quality, amenity value and biodiversity. Apart from new development sites there are many excellent examples where SuDS have been retro-fitted.
So why does there still seem to be so much resistance to SuDS?
Prior to the Ministerial Statement in December 2014 LLFAs were gearing up to implement Schedule 3 of the Flood and Water Management Act (2010) and were establishing SuDS Approval Bodies (SABs). All this was swept away to be replaced with LPAs delivering SuDS through the NPPF. The provision of SuDS is therefore controlled through appropriate conditions being applied through the planning process.
The Statement specifically refers to major development ie that containing 10 dwellings or more, or equivalent non-residential or mixed development. By implication developments smaller than this are not considered; a missed trick?
The long awaited SuDS standards which have now been in place for over 2 years are non statutory so in effect have no status in law and simply offer guidance and need not be complied with.
It is still commonly believed that developments that incorporate SuDS features are more expensive to develop than those drained by traditional methods, is this really the case? Cost is always an issue but it must be balanced against other wider benefits. In RAA Ltd we have been involved with several schemes modelling the impact of both traditional and SuDS led alternatives to show the benefits. One example of this is by properly considering groundwater conditions at design stage to prevent flooding issues post implementation.
A major challenge still is the adoption of SuDS and their ongoing operation and maintenance. It is vital that there is effective engagement between Developers, Local Authorities and if appropriate Water and Sewerage Companies to ensure that a suitable arrangement is put in place for the lifetime of the development.
So if we are not to get, as seems likely, any further legislative change or guidance from central government what are we to do next ? There are many excellent guidance documents produced by organisations such as CIRIA ie the recently relaunched SuDS Manual.
CIRIA have been instrumental in developing and growing the Susdrain Community. RAA Ltd has been involved with Susdrain from its inception and are proud to be a full partner of the Commu-
nity. Through Susdrain there is a wealth of readily available and often free literature and data all of which combine to provide the necessary guidance for designing, operating and maintaining SuDS.
There is currently no industry approved standard/method for modelling SuDS features but in RAA Ltd we pride ourselves as being at the leading edge of hydraulic modelling and as such use a suite of programmes called InfoWorks ICM. This enables us to model SuDS at both macro and micro scale which is of benefit to many clients.
In summary it is likely that there will be no further legislative changes or guidance from Central Government in the near future. It is therefore encumbent on all the key stakeholders to embrace the guidance already available through organisations such as CIRIA to deliver the benefits we all know SuDS can deliver.